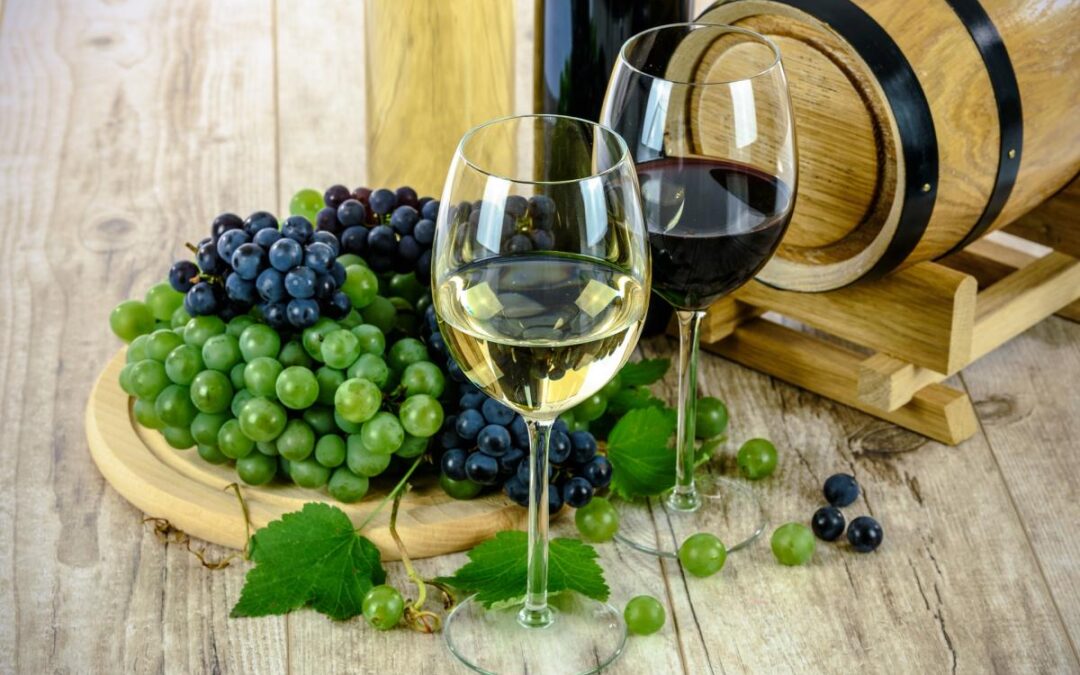 Ancient wines and modern technology are the basis of a wine industry of increasing importance.

Wine-growing and producing in the Umbria region is the result of a highly specialised agriculture in the wake of age-old tradition and a production theory common to the entire region. This explaines why vineyards covering an area of only 13,000 hectares yield the bounty of thirteen DOC wines and two DOCG wines. Umbrian wines are based on a solid heritage of native vines, recently enriched by the introduction of international vines, mostly located in the Torgiano area. The prevalent variety of white grapes is Trebbiano, planted throughout the region and known in the Orvieto area as “procanico”.

Grechetto, a classic of the Todi zone, is also a typical vine, while the Colli Amerini area is dominated by Malvasia.

As for black grapes, the most common are Sagrantino di Montefalco and Sangiovese – the latter being the basis of most red Umbrian wines, including Torgiano. What better way to begin than with Torgiano itself, the first wine from Umbria to be awarded a DOC label and then DOC for the Rosso Riserva (after 3 year ageing period).

The international prestige of Torgiano wines has been a driving force for the entire sector of Umbria wine and still is today. It is Umbria’s least extensive DOC zone and occupies a limited hilly area centred around the town of Torgiano, where Mr. Giorgio Lungarotti founded a “Wine Museum” in 1974. Besides the Bianco (trebbiano and grechetto), Rosso, Rosso Riserva and Rosato, regulations admit a series of single variety of wines (Chardonnay, Pinot Grigio, Riesling Italico, Carbernet Sauvignon, Pinot Nero) and a Spumante made with Chardonnay and Pinot Noir.

In recent years Montefalco wines have met with great success on the international wine scene. The DOC production area includes Montefalco and part of the municipalities of Bevagna, Gualdo Cattaneo, Castel Ritaldi and Giano dell’Umbria.

Orvieto wine, one of the best wines, is made with Trebbiano Toscano (known hereabouts as procanico) and native varieties such as Verdiello, Grechetto, Drupeggio and Malvasia. The denomination “Classico” is reserved only for the oldest wine-producing area, the Paglia Valley.

The Colli Alto Tiberini DOC concerns, the upper valley of the Tiber from Città di Castello to Perugia – this area is also dominated by traditional Umbrian vines that produce a white, a red and a rosè. Single variety vine-production is characteristic of the Colli Martani DOC, in the area from Massa Martana to Bettona. The types of vine allowed are Grechetto, Trebbiano and Sangiovese, the latter also in Riserva version.

Now comes the turn of the DOC Colli del Trasimeno, the area around our location and a label that covers a territory that is traditionally dedicated to wine-growing and presenting a wide choice of local wines.

The municipalities of Assisi, Spello and Perugia share the Assisi DOC label in these versions: Grechetto, Bianco, Red, Rosè and Noveaux (Sangiovese and Merlot).

Perugia and some other municipalities near Terni area make up the Colli Perugini DOC area, where is produced a red, a rosè and a white based on a classic mixture of Sangiovese and Trebbiano grapes.

The province of Terni is also the home of the most recent additions to the regionald DOCs: Orvieto Rosso and Lago di Corbara.

During your stay in our country house we will give you advices and tell you which are the best wineries and restaurants where you can taste many of these amazing wines. A holiday here means relax but it is also a great chance to discover many amazing wines that you do know yet!