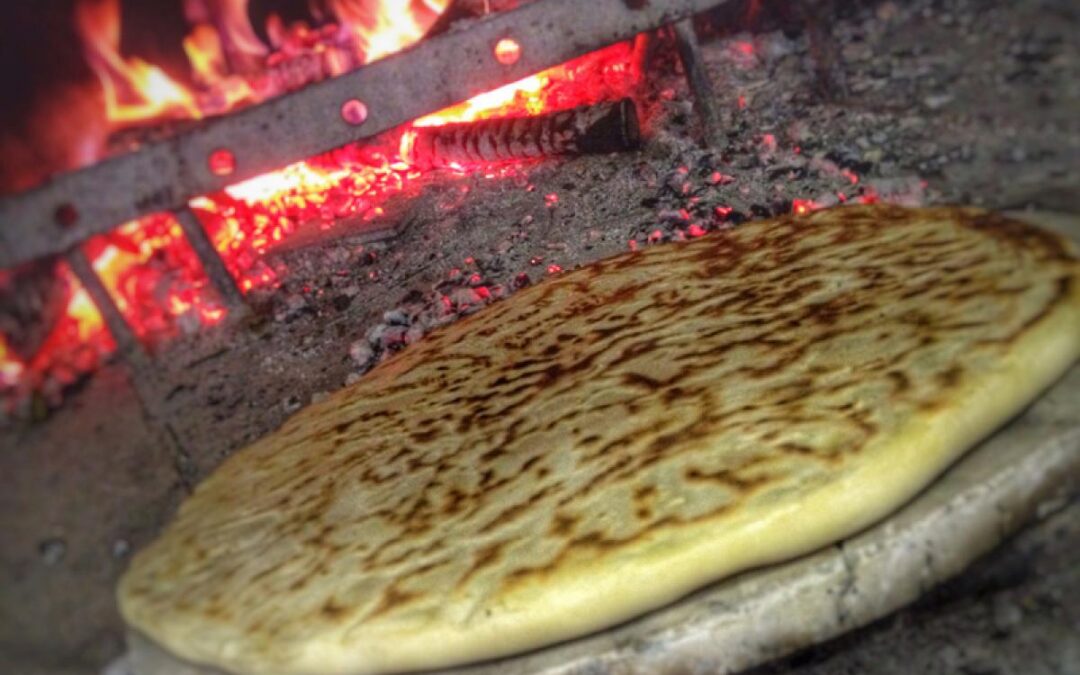 Torta al testo is one of the many specialities of Umbrian gastronomy. It is very good and appetizing!

Literally it means “Cake of the Tile” but a better translation could be “Bread of the Tile”. In some parts of Umbria, nearer to Tuscany it is also known as “crescia” or “ciaccia.”

Its origins are ancient, dated back to the Roman epoch, when it replaced the common bread on the Umbrian tables.
During the ancient times the “testo“ was only a disk of stone warmed over the embers of the chimney, while those sold in the shops nowadays are made of cast iron or cement.

Anyway, it is also possible to heat the testo on the gas fire.

To prepare the traditional mixture you need water, flour, bicarbonate (or yeast of beer) and salt. With the mixture you will form a kind of low disk, traditionally cooked on a tile and placed over an open fire.

Preparation:
Pour the flour on the pastry board, add salt, bicarbonate, and enough water to get a soft but consistent dough.
Use the dough to create a tall disk of circa 1 cm high and of the size of the testo. It is important to drill well the disk with a fork to facilitate an uniform cooking.
Heat the testo over a gas flame or the grill and cook both sides, around 10-12 min.