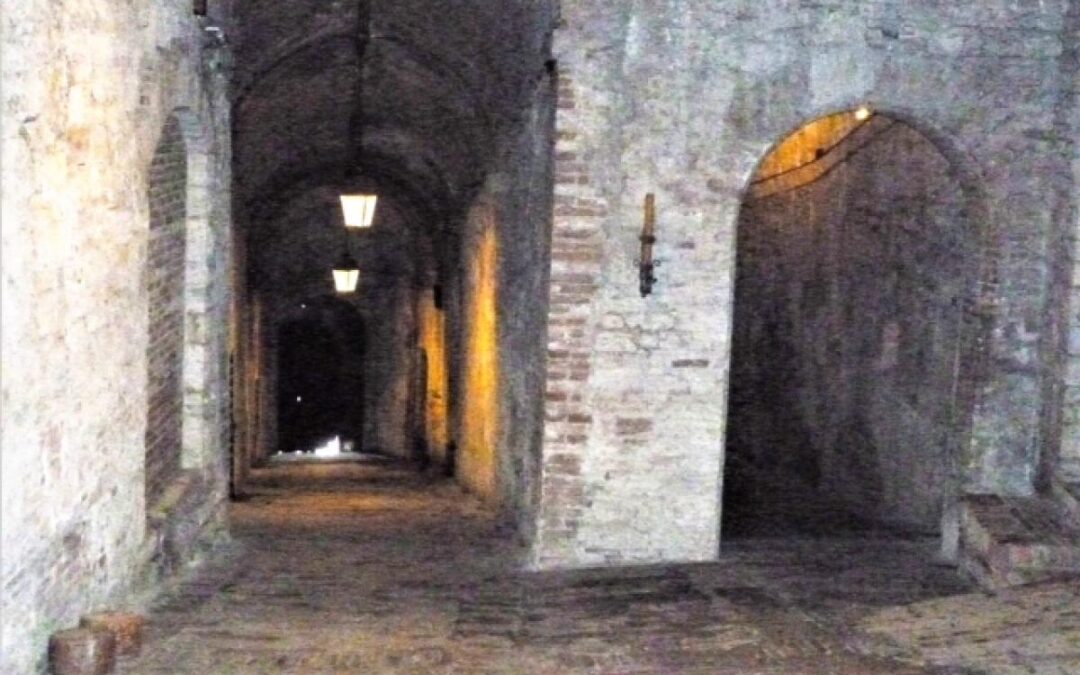 This Majestic fortress in the center of Perugia was commissioned in 1540, by Pope Paul III Farnese at the end of the “salt war”.

The salt war took place in Perugia (1540). It was an insurrection against the Papal state at the time of Pope Paul III. At the end of the war, Perugia lost its independence and became part of the Papal state.

The mighty fortress, designed by Antonio da Sangallo il Giovane (1540-1543), took the place of houses, towers and streets of an entire district. The houses of the important Baglioni family were torn down, as the borough of Santa Giuliana, of the church of Santa Maria dei Servi and of many other medieval buildings.

The architect Antonio da Sangallo il Giovane recomposed on the pediment of the fortress the upper part of an Etruscan archdoor: Porta Marzia (III Century B.C.).

After 1861, the year of Italian unification, a part of the fortress was definitively demolished. Even today, all the dungeons of the papal palace are still hidden.

Today Rocca Paolina is an exhibition centre and a place where are held local markets. You can easily reach it from the escalator that you can take from Piazza Partigiani where there is a large covered parking where you can leave you car.

The entrance is free!