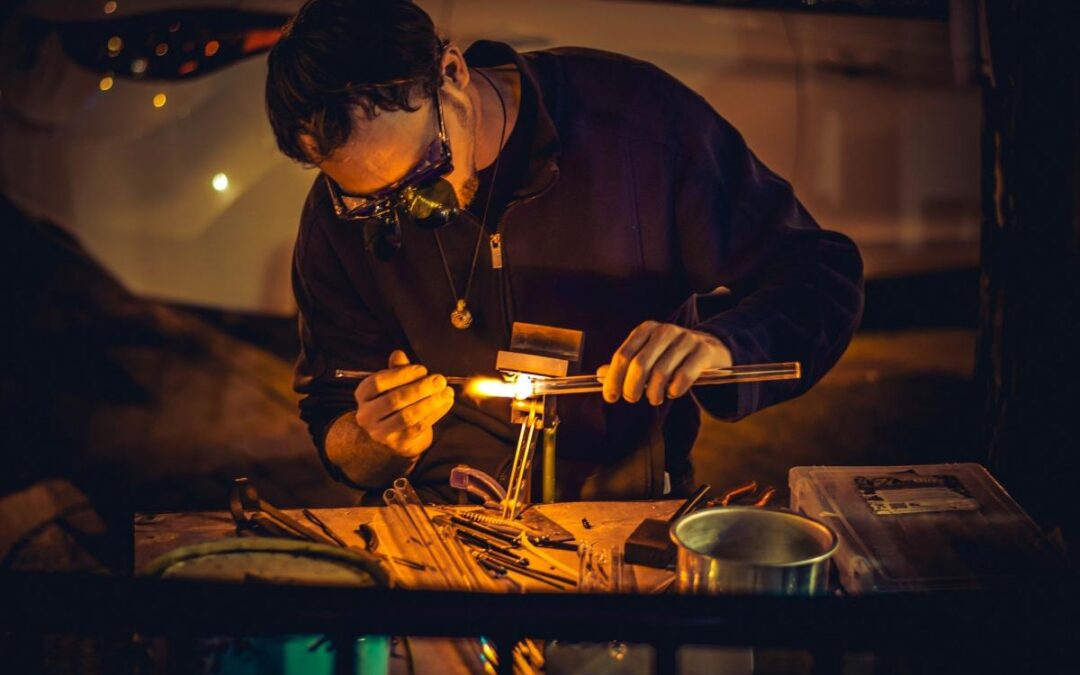 One of the places that we suggest to visit is The Museum of Glass of Piegaro (Museo del Vetro di Piegaro).

Piegaro is situated only few kilometers from our agriturismo and it’s well preserved, small town. Take a nice walk along its narrow streets!

In the museum one is taken back to the times, not only the history of Piegaro, but of the whole area.

The ancient glassware was situated inside the city walls and it gave work for hundreds of families. It was very important for all local economy. It’s history dates back to the thirtheenth century, when Venetian artisans arrived in town.

The glassmakers of Piegaro started produce glasses, not only for the Cathedral of Orvieto but also for many others. From this starting point the glass production had something of a monopoly for over half a century.

In the mid fifteenth century the town had misfortune of being sacred and only until the end of the century the factory began to produce.

Among the crises and florid moments the glassworks went on, up to the beginning of the 20th century, when a profound crisis hit it.

Only in 1960 a new factory was built outside of the city center, so the modern glass factory, “Vetreria Cooperativa Piegarese”, was born.

In the rooms of the Glass Museum there are splendid artigrafts produced in these places, which tell to the visitor the story of this land.