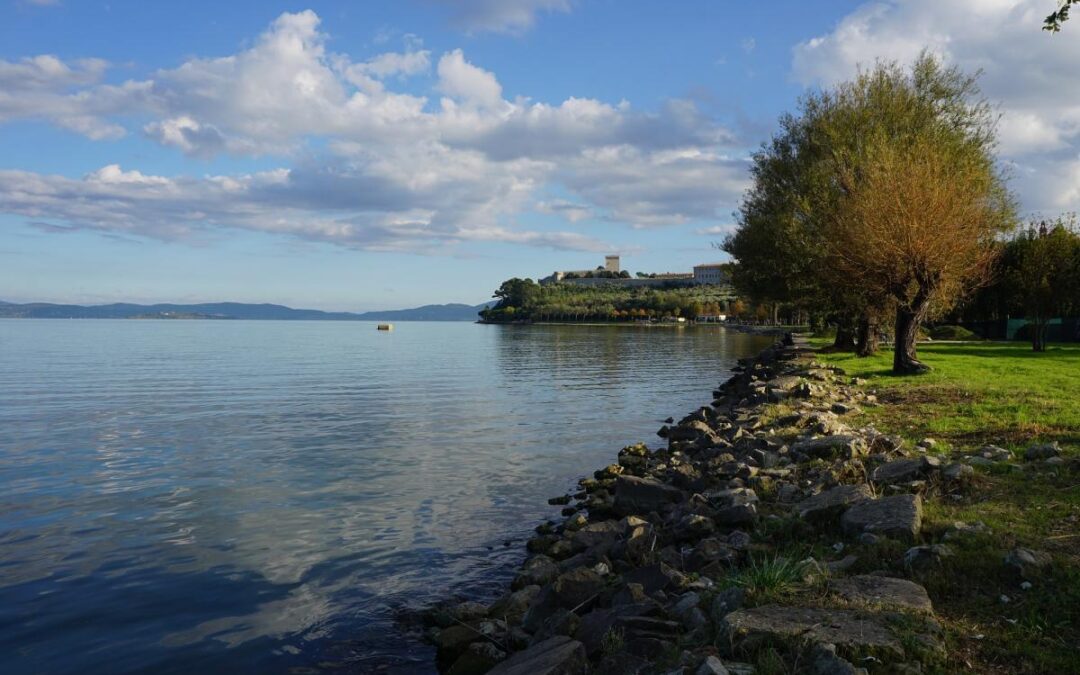 It is located on the important highway between Orvieto to the south, Chiusi to the west, and Arezzo to the north. This territory was contended by Etruscans and Romans, and later Perugians and Tuscans, bringing these populations to fight for its control with the result of death and destruction, reason why the original fortifications were destroyed and rebuilt on numerous occasions during the years.

Rocca del Leone
Castiglione del Lago’s most interesting place to visit is the Rocca del Leone (“Fortress of the Lion”), built during the 13th century by Emperor Frederick II. The castle features square towers in four of its corners and a triangular shaped bastion, or donjon, also known as Mastio. The fortress was designed to give its owners strategic control over all of Lake Trasimeno and to be part of the central defensive system that crossed the whole Italy.

Palazzo della Corgna
A ticket into the castle also affords you to visit the ducal Palazzo della Corgna, or Town Hall, designed by architect Vignola and built by Ascanio della Corgna in Renaissance style, incorporating what once was a hunting lodge. The palazzo has a long covered corridor provided with slits for the guns, that leads to the castle. Nowadays it is a civic museum and gallery.

Islands of the Trasimeno lake
From Castiglione del Lago you can also take the ferry to Isola Maggiore, one of the three islands of the lake, counting less than 20 permanent residents who live in homes dating back the 15th century. Usually known as a fishing village and for the older women sitting along the street and making lace which they sell to visiting tourists.

In Castiglione del Lago you can find numerous supermarkets, butchers, bakeries, restaurants, ice-cream parlours and small shops selling typical products (oil, cheese, truffles, wine). Some of these are on the lakefront, others in the old town, where every wednesday is held a weekly-market.