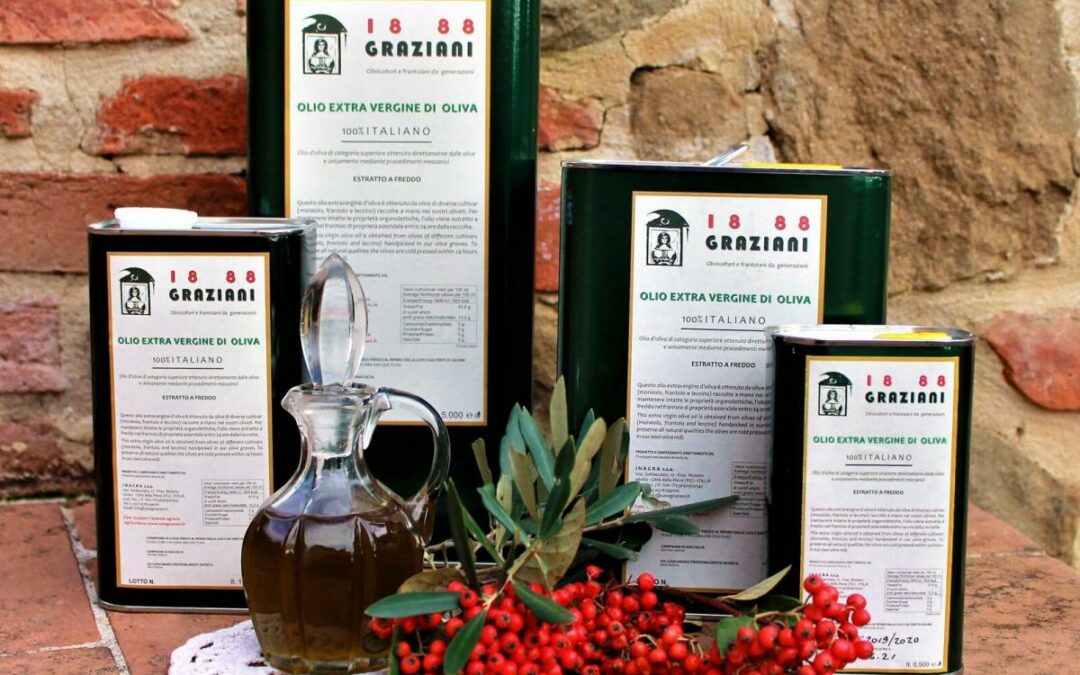 The main product of the Italian cuisine is the Extra Virgin Olive Oil. In the countryside many families own a olive grove, more or less large, but always enough to produce “the oil for the family” and also to sell it.

In 2014 we felt like the Roman soldiers who were defeated by Hannibal in the Battle of Trebbia, during a very hard winter. The historian Tito Livio wrote that they had not “enough oil” to win the battle, because in ancient times the soldiers rubbed their body with oil to make it stronger and weather resistant.

Unfortunately the countryside is not always generous with its owners and workers. Seasonal factors such as temperatures, little or too abundant rainfall and various parasites affect the harvests.

In 2014, the oil production in Italy was very limited for the presence of the “olive fruit mosquito” that hit large quantities of olives during the ripening stage, making them not suitable for the production of a good oil. Experts are trying to understand what happened and to find a solution. The good common sense and the experience leads us to believe it’s due to a winter plenty of too high temperatures and too rainy, that produced a habitat for the proliferation of these insects. The cold has not killed them, so they became stronger.

However a small but insufficient quantity of “oil for the family” was available for many Italian families who do not know how to cook without oil, foods like pasta, meat, vegetables, fries and too many sweets that would not taste good as usual.

The olive trees and the soil have been cured with the intent to prevent the problems we had in 2014. This is why our 2015 oil production has been very good, the plants are healthy and luxuriant and from May we have an abundant flowering. A popular proverb of our zones says: “if the olive trees blooms in May you go to pick them with a carriaggio (cart), if they bloom in June you go to pick them with a hand”. Maybe the popular wisdom is truthful because this year we had an abundant production of excellent Extra Virgin Olive Oil.

If you have few tablespoons of extra virgin olive oil you can use it to make a “ciambellone”, suggested as a good breakfast or snack with milk for children and with coffee for adults.

Here’s the quick and easy recipe…

If you like it, add the grated peel of a lemon.

Preparation:
Beat the eggs with sugar, add oil and milk and then flour and starch, mix well and add the baking powder. Put the mixture in a buttered and floured cake pan and place it in the oven at 170°/ 180° C for about 45/50 minutes (depending on the type of oven, better if ventilated) without opening it until fully cooked. The cake is cooked when you put inside it a toothpick and it comes out dry.

We are sure that you will like it! Buon appetito!