Città della Pieve, on the border of Umbria and Tuscany 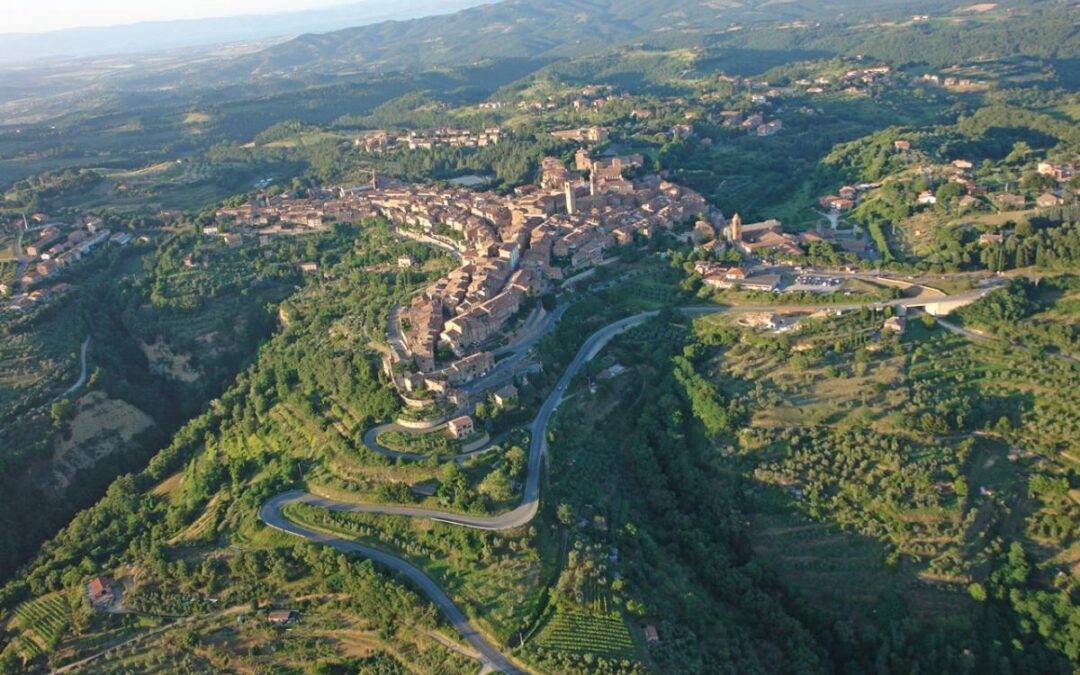 Agriturismo CaseGraziani is located in Moiano, a village just 10 km far from the municipality of Città della Pieve.

Città della Pieve is situated on a hill 508 meters high, from where it dominates the Valdichiana and the south side of the Trasimeno area.

The city, with its houses that are mostly built from red bricks, is imbued with that typical atmosphere of a medieval town, where Umbrian and Tuscan elements blend with great harmony.

The most famous artist of the city is the great painter Pietro Vannucci, known as Perugino (1450-1523).

In the city you can still see some of his most famous works, including “The Adoration of Magi” in the Oratory of Santa Maria dei Servi.

Remember to visit “Il Vicolo Baciadonne”, a very narrow alley, which is considered the narrowest street in Italy.

Among the most famous annual events in Città della Pieve there are:

– Tableaux Vivants, every year during Easter the citizens represent the scenes of passion, death and resurrection of Christ in the basement of Palazzo Orca.
– Infiorata of San Luigi Gonzaga, in June the residents cover the Via Pietro Vannucci with many beautiful “pictures”, made with flower petals.
– Palio dei Terzieri, in August the three districts of the city organize this beautiful traditional festival with lots of games, dinners, music and entertainment. Do not miss the parade in historical costumes!
– The Nativity Scenes (Il Presepe Monumentale), every year during the Christmas celebrations in the basement of Palazzo della Corgna.